The Castle of Santa Severa is an extraordinary place, rich in charm, history, art and archeology whose roots reach back to Roman times. It was built in the area of the ancient site of Pyrgi, the Roman port city founded between the end of the 7th and beginning of the start of the 6th century B.C. 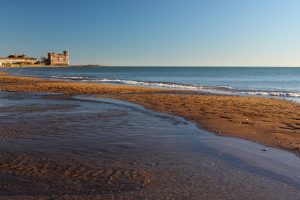 This cellar began as a fortified agricultural hamlet in the 12th century in the center of a large farming estate held by various families. It was passed down for centuries until in the 1500’s it began to be transformed from farm into a hunting lodge. The company is now certified as organic and spreads for 150 hectares over soft rolling hills of tuff and sediment that is particularly suited to growing grapes. After the wine tasting, visit the tower and eat at the Osteria dell’Elefante, so called in homage to the remains of a mammoth found under the restaurant when the cellar was restored. 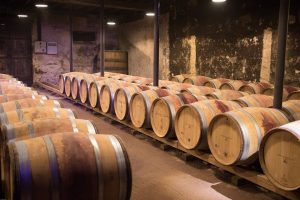 NECROPOLIS OF THE BANDITACCIA

WINE TASTING IN AN ANTIQUE FARMHOUSE

The mineral rich soil, the mild climate, the hills that embrace and protect the vineyards from wind, and the mitigating force of the sea that cools the harsh summer all work together to provide a particular flavor to the grapes produced by this vineyard. The owners then add their passion for life and the land and the results are the high quality, prestigious wines they offer to their customers. 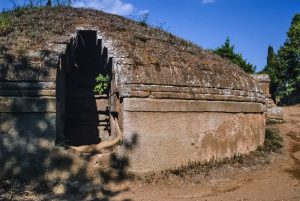 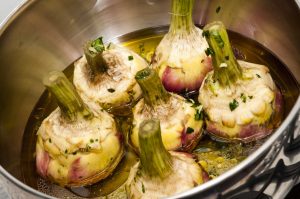 Marina di Santa Marinella recommends you try dishes using the Carciofo Romanesco del Lazio IGP, a typical artichoke from the area of Cerveteri that is internationally known and loved.

Discover the other tours of the Marina di Santa Marinella